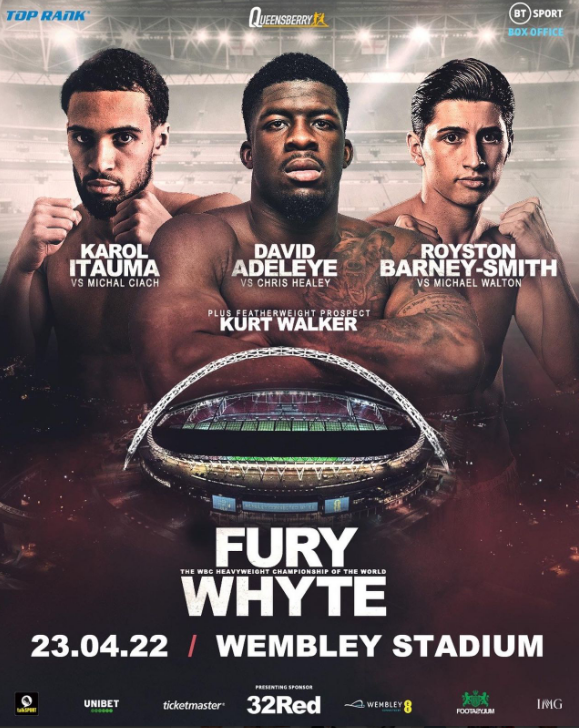 Karol Itauma, the Chatham-based professional boxing talent, is on the next step in his journey towards becoming a future light heavyweight World Champion – he’s fighting at Wembley Stadium on 23rd April in front of 94,000 spectators!

He’s already got an Olympic gold medal, has been national amateur champion 7 times and has 6 straight professional wins under his belt. His Wembley bout is against polish boxer Michal Ciach, although the main event of the evening is Tyson Fury’s next professional heavyweight contest against Dillian Whyte.

What a stage for Karol’s next outing and all in the plan of him very likely securing a title fight later this year!

It’s very exciting to be part of a such local talent!